Yggdrasil Gaming is a games development company which was founded by the industrious Fredrik Elmqvist who happens to be one of the veterans in the gaming industry. Yggdrasil Gaming develops a wide range of casino and lottery games that can be played on mobiles, tablets and computers.

Yggdrasil operates a business model which ensures that all of its games are developed and operated from its own servers. This server is integrated with robust gaming operators’ systems, which enable the operators to avail the casino and lottery games to their customers. Yggdrasil Gaming targets large operators who have already made inroads in the gaming industry and are offering a wide range of games to their customers. 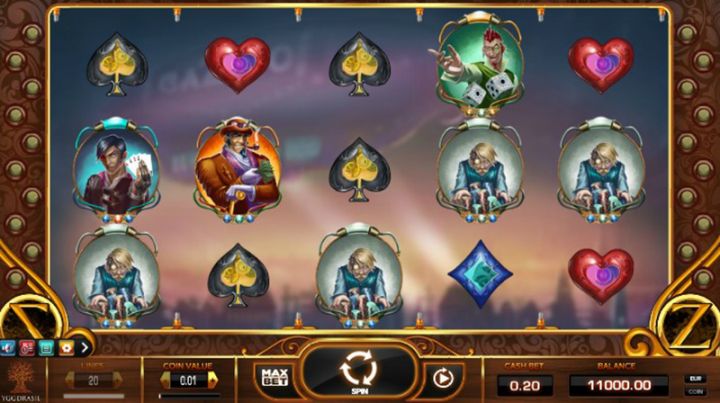 Cazino Zeppelin – One Of The Most Popular Yggdrasil Pokies

Read through this article if you wish to know what makes the Yggdrasil Gaming pokies better than those of its closest competitors, such as NetEnt and MicroGaming.

Cazino Zeppelin – this is believed to be one of the simplest pokie which gets gamers hooked to this highly addictive and fun slot game. The game has 5 reels and 20 paylines arranged from left to right. A win is scored when three or more of its eight regular symbols are sequentially lined up on a payline from left to right. The pokie’s design allows gamers to click on the steampunk-styled characters to see the values that correspond to these symbols.

The most enjoyable feature of this game is the speed at which the reels spin and stop. The background music also adds a twist of suspense to the game making it more enjoyable.

Cyrus the Virus – This simple but amusing game is highly contagious. There’s something interesting about Yggdrasil games; despite their simplicity you will most likely get hooked to them and once you start playing them, you will soon be looking for others just like the last one you played.

This colorful arcade video slot has 5 reels and 10 paylines, 5 of which pay from the left while the other 5 pay from the right. Amazingly, the middle reel is the last to stop. The selling point for this mobile slot is the fact that it pays both directions making it a highly rewarding game. This video slot has intriguing animation and sound marks which are displayed during important game events such as almost win, big win, re-spin and expanding wild.

Draglings – this slot is based around a bunch of eggs, which hatch to become the wild symbols seen in the game. The wild symbols start off as cute dragons but later on expand into menacing looking dragons. This slot differs markedly from the other slots available on the Internet.

Unlike the many slots which only register wins when you land consecutive symbols from left to right, when playing the Draglings slot you will stand a chance to win both from left to right and from right to left.

The selling point for this slot is that the symbols are all stacked and players can easily win large amounts when all the stacked symbols align.

Fruitoids – this is a video slot with 3 rows, 5 reels and 25 paylines. The game is simple, quirky and fun-filled. This mobile slot plays a strangely hypnotic music on the background. Fruitoids stands out from the crowd with its sticky wins, free spins and multipliers. The game comprises of seven regular symbols that win when three or more of these symbols are lined up on the payline from left to right.

Jokerizer – this hi-tech video slot with 5 reels, 3 rows and 10 paylines provides the best gaming experience with exciting animations, intuitive game play and energetic graphics. The selling point for this amazing video slot is the fact that you can play and win using either its regular base slot mode or the Jokerizer mode. Gamers have a potential of winning big with this video slot.

Compatibility of the Yggdrasil Gaming Pokies with Hand-held devices

Yggdrasil Gaming is constantly engaged in research and development of casino and slot games that can be played both on the computer and on other hand held devices including smart phones, iPad and tablets.

What makes this company special?

Yggdrasil Gaming is a relatively young company. Compared to its closest competitors who have been in the industry for over 10 years, Yggdrasil Gaming has only been in operations for two years but it has achieved more than what its competitors were able to achieve in their early days.

Yggdrasil Gaming has hired a team of experts in the gaming industry to spearhead the development of its latest games. The company’s ability to stay one step ahead of the competition and provide its customers with quality games makes raises its profile. The future is surely bright for this company.