Save the world with yggdrasil’s Super Heroes pokie

Super Heroes pokie is part of Yggdrasil’s new autumn pokies. There have been of plenty releases by the company where they have rolled out new pokie games. There is not much information about the pokie game and what it will offer but we hope that Yggdrasil does not let us down. As the pokie name suggests, we hope that there will be plenty of features that will make things hearty for us.

There have been other superhero themed pokies by Nexgen, Microgaming and Playtech. Yggdrasil has their own kind of superheroes and they will not bore you with the likes of superman or batman.

Superheroes pokie has 5 reels and 20 paylines; an indication that the developer wanted to come up with a basic pokie that will appeal to both the low roller and high roller players. You will come across symbols on the pokie that complements the theme.

Some of the symbols you will come across are Hopper, trance, Raven, Mirage, Knox and Tesla. These are the six superheroes that will make your gaming exercise worth every moment.

We did not get the chance to play the game’s demo but from the various material we read, we can point out one or two things that made us love the pokie. These impressive features will make your gameplay worth your while and will increase your chances of making more when lucky.

There is the mystery win superhero feature that will convert every high paying symbol on the reels into a dice that will roll to give you a mystery win ranging from 5 to 1000 coins. 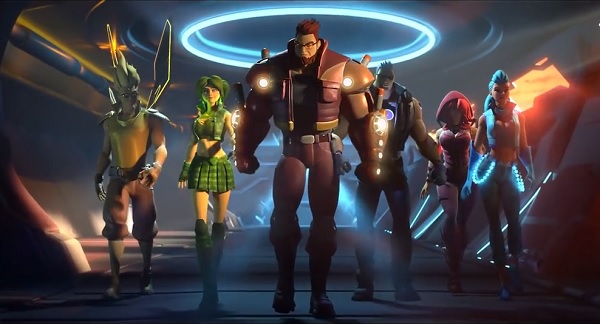 There is also a wild reel superhero feature that will have your chances increased of making better wins from the pokie. This feature will have all symbols on the 1st, 2nd, 3rd or 4th reels changed into wilds.

The third feature will be brought to you by the third superhero. It is the random wilds hero feature and it will have random symbols being changed into wilds followed by meteors.

There is the fourth hero who is the multiplier hero and will have a ball of fire thrown to the reels and you can get a two or five times multiplier.

The most rewarding feature would be the extra free spins hero that comes to play on the bonus game. This superhero will show up at random and he will give you additional free spins.

The fact that Yggdrasil will announce a game and only give us a trailer video; we were not able to review this pokie game entirely and we would not take any fault for any information that might not be right.

If the pokie is as good as we might think and judging from what yggdrasil has released in the past; then this is a pokie worth waiting for.

The slot is scheduled to be released on 24th October, 2016. The pokie can be played from mobile devices or desktop computers on flash mode.